Jaime MacDonald is co-owner of CFCA. She was born and raised in Doylestown, Pennsylvania and moved to Cape Ann when she was 18.  Jaime grew up playing soccer, basketball and USTA tennis as a youth.  She attempted the “Globo” gym on an off through the years but after a steady decline in exercise and 2 children later, she needed something more engaging. She found Crossfit in 2011 and  felt completely comfortable right out of the gate due to the “group” or “team based” style.  It was the ideal environment for her to regain her athleticism all while growing friendships and having fun!  CFCA’s community and atmosphere are what Jaime feels drive her to do her best each workout and looks forward to helping new and existing members do and feel their best each day.  Jaime is a CrossFit Level 1 Trainer, Crossfit Olympic Lifting Certified and a Crossfit Kids Certified Instructor

Whitney Connolly is co-owner of CFCA and while she doesn’t coach, you’ll often see her getting her sweat on in the early morning classes or rallying groups for local road races. As a New Hampshire native with family ties to the North Shore, she grew up skiing in the White Mountains in the winter and enjoying summers on our local beaches. She’s been drinking the CrossFit Kool-aid since 2011 and loves the CFCA focus on working in the gym to be a stronger hiker, runner, skier, general adventurer.

Jon Conant is the previous owner of CFCA who, lucky for us, has stayed on as a coach. In high school, he was a high level cross country runner and nordic (xc) skier. Looking for a change from the competitive aspect of racing, he relocated out west to attend Colorado College, where most of his focus was climbing and trail running.  After graduating in 2000, he came back to Cape Ann where he has continued to follow his passions of climbing, trail running and surfing along with a new interest in kettlebell training and mountain biking . He found crossfit in 2007 and started CFCA in 2010 with the intention of building a strong active community on Cape Ann. His certifications include: CrossFit Level 1 & 2, Crossfit Gymnastics, CrossFit Kettlebell, CrossFit Olympic Lifting, CrossFit Mobility, Crossfit Endurance, Gym Jones Level 1 & 2, CPR & First Aid.

Kara Gallagher moved to Gloucester from Utah in 2013.  She grew up playing soccer, softball and pickup football games at the bus stop.  In high school, she played softball, basketball and volleyball and found running was a great outlet when she wasn’t able to play team sports as often. She tried CrossFit at the nudging of her brother and loved the workouts right away.  However, the people and community of CrossFit Cape Ann quickly became her favorite part of being a CFCA member.  She lives in Rockport with her husband, four kids and is grateful everyday she traded the mountains for the ocean. Hauling beach gear and all 4 kids to the beach in the summer and slinging 50 pound salt bags over her shoulder in the winter with (relative) ease is why functional training will now always be her favorite kind.  Kara is a CrossFit Level 1 Trainer and a Crossfit Kids Certified Instructor

Vince Pizzimenti was born and raised right here in Gloucester.  He has been a lifelong athlete playing a variety of sports with a primary focus on Football, Lacrosse and Indoor Track. He is a 2007 graduate of Mount Ida College with a degree in Sports Management. While earning his degree he also played lacrosse serving as a captain in his final season.  Vince found Crossfit in 2011 starting at Full Potential while working in Newburyport.  It was a welcome change from a traditional gym format, and more like the team sport training he has loved all his life.  Now spending his time with other sports like surfing, mountain biking and golf, Crossfit it the perfect supplement to his active life. Vince is Crossfit Level 1 & 2 Trainer

Melanie Catanzaro was raised in Rockport until moving during her high school years to Colorado, Arizona and Texas. At the age of 19, she moved back to Cape Ann where she has enjoyed living for the past 9 years. While working with a personal trainer, she was exposed to many different things like Olympic Lifting, Tabata, KB’s, Ropes, TRX and things the like. Melanie stumbled upon CrossFit in 2012 with the help of a couple of friends and found a place where she was truly at home. CrossFit has not only helped her further develop herself as an athlete, more importantly, it has her better prepared for what the everyday has to throw at her. Melanie is a CrossFit Level 1 Trainer, also certified in CPR and First Aid.

Jillian Scola was introduced to Crossfit in 2011 and hasn’t looked back since.  Growing up in Gloucester, Jillian excelled at a variety of sports. Especially softball.  She currently holds every pitching record at Gloucester High School and was inducted into the Gloucester High School Athletic Hall of Fame in 2015.  After dominating at the high school level, she took her talents to Seton Hall University.  She was an integral member of the 1998 Pirate team that finished the season 39-8 and played for the Big East Championship.   Prior to Crossfit, Jillian participated in a variety of activities and workout classes but she was always looking for the perfect fit.  Not only was Crossfit the perfect fit, it was a game-changer.  The community, support and passion at CFCA was exactly what she was looking for.  Jillian looks forward to each and every day that she can come into the gym and work with athlete’s to achieve their goals. Jillian is a Crossfit Level 1 & 2 Trainer and Crossfit Olympic Lifting Certified.

Chris DeWolfe has been a lifelong resident of Gloucester. He graduated from Salem State College with a degree in Sports Management & Coaching. He pitched for Salem State Baseball and has been coaching high school baseball for the past ten years. He started running competitively after college. Chris felt running wasn’t enough to help prepare him for the versatility of tasks that life can throw at you and was introduced to Crossfit by Danny Vadala. He felt this was exactly what his training was lacking and has been hooked ever since. Chris is a Crossfit Level 1 & 2 Trainer.

Jenny Davis is a Gloucester native who is an incredibly passionate outdoor adventurer. When she is not busy raising her two young daughters, she can be found in the woods or on the water either mountain biking, climbing, surfing, skating, sailing, or rowing. Jenny, started climbing in high school and is is stoked to be a CFCA climbing coach. She is always excited to the positive attributes she has learned from climbing over the years, such as, problem solving, perseverance and a sense of confidence, capability, and empowerment. 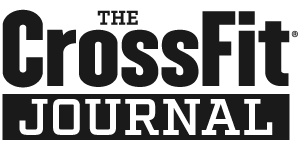